The ignorant speeches of politicians, and then, a “sorry, it was a mistake…but I am correct” news, and Khap’s “colorful” judgments are in full form these days.

Reading the newspaper today, I came across this statement about women…

VijayVargiya, a minister in M.P. stated,

(If women cross their limits, then they will be in danger…things will happen. They should remain in their limits…)

After his party found it a threat he “corrected it”

Now, Sita! One of the most unfortunate girl/women in our history of Hinduism…

She went with her husband RAMA on Vanvaas (14 years of exile in a forest) and was kidnapped by the demon king “Ravana”(in the absence of her husband Rama and brother in law Laxmana, who made a “rekha” or line across the cottage of theirs, and asked her not to come out) who wanted to marry Sita, but for some sad reasons, wasn’t able to.

So now, then she lived in a garden called “Ashok Vatika” for time being.

Now what comes up? She remained there, and was later rescued by Lord Rama and his Vanar sena(Army of monkeys)  later.

So, our minister sir told our women, that they would find a “Ravana” outside her limits.

1.     Sita is an ancient lady. Too old a tale to connect to. And no one would take it as an example except Hindus. So…huh!

2.     Now, we don’t have brother-in-laws like Laxman. (even not brothers always)

It would be fine to all girls here, if they found a “Ravana” as such. Ravana didn’t EVEN TOUCH Sita WITHOUT HER CONSENT. In short, he did nothing more than kidnapping, and giving her a comfy treatment.

4.     Yes, by the way all men are following “Rama’s” principal here. Rama asked Sita to go through an “Agni Pariksha”(Standing on a burning pyre to prove her purity) because she had spent time in Ravana’s house. She had to prove her innocence. (HER????)  He took her home only after that.

(Would he have left her if she didn’t prove???)

5.     After returning to his empire, he sent exiled a pregnant Sita, because someone said, “Our ruler keeps a WOMAN in his house who has spent months in a “GAIR MARAD’S HOUSE” i.e., “unknown man’s home”. Our books say, he did that as a ruler (his duties were higher than his emotions for family). Sorry, but don’t understand how “punishing an innocent” was his “DUTY FOR COUNTRY”.
It just shows what the value of a woman is in our patriarchal society. Worse than a dog.

(I personally would like to live in the house of Ravana than Rama. Atleast I have some respect there, right?)

So, I don’t understand the concept of this speech by Mr. VijayVargiya.

Truth is, our society is dumb.

When we cant/don’t want to do something, we blame the victims, the innocent ones.

What beautiful society we live in, right? Nobody tells his boys not to disrespect girls? Nobody raises them to help women if they are at trouble, alone? Nobody tells them, they are a part of society, equal?

Nobody tells them women are living beings, not materials?

Nobody, not even mothers normally.

Any Hindus here offended? Sorry…but its my point of view, and many others… you are welcomed to share yours.

But hey! Comparing Rapists, molesters to Ravana? No way….

A bit into the past…

Toggle into the past…. 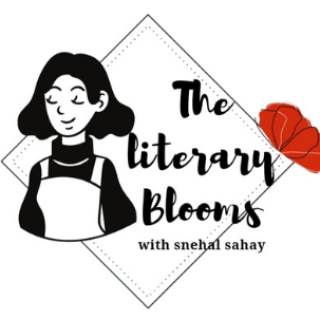 An introvert dreamer, life left me no option other than the pen. Seems out, even the pen is not too fluid, but can't help trying, especially when it is more fluid than my natural voice-box. Ars Longa, Vita Brevis.

Best as the readers suggest

The best clicks! of today

Most used and diffused…